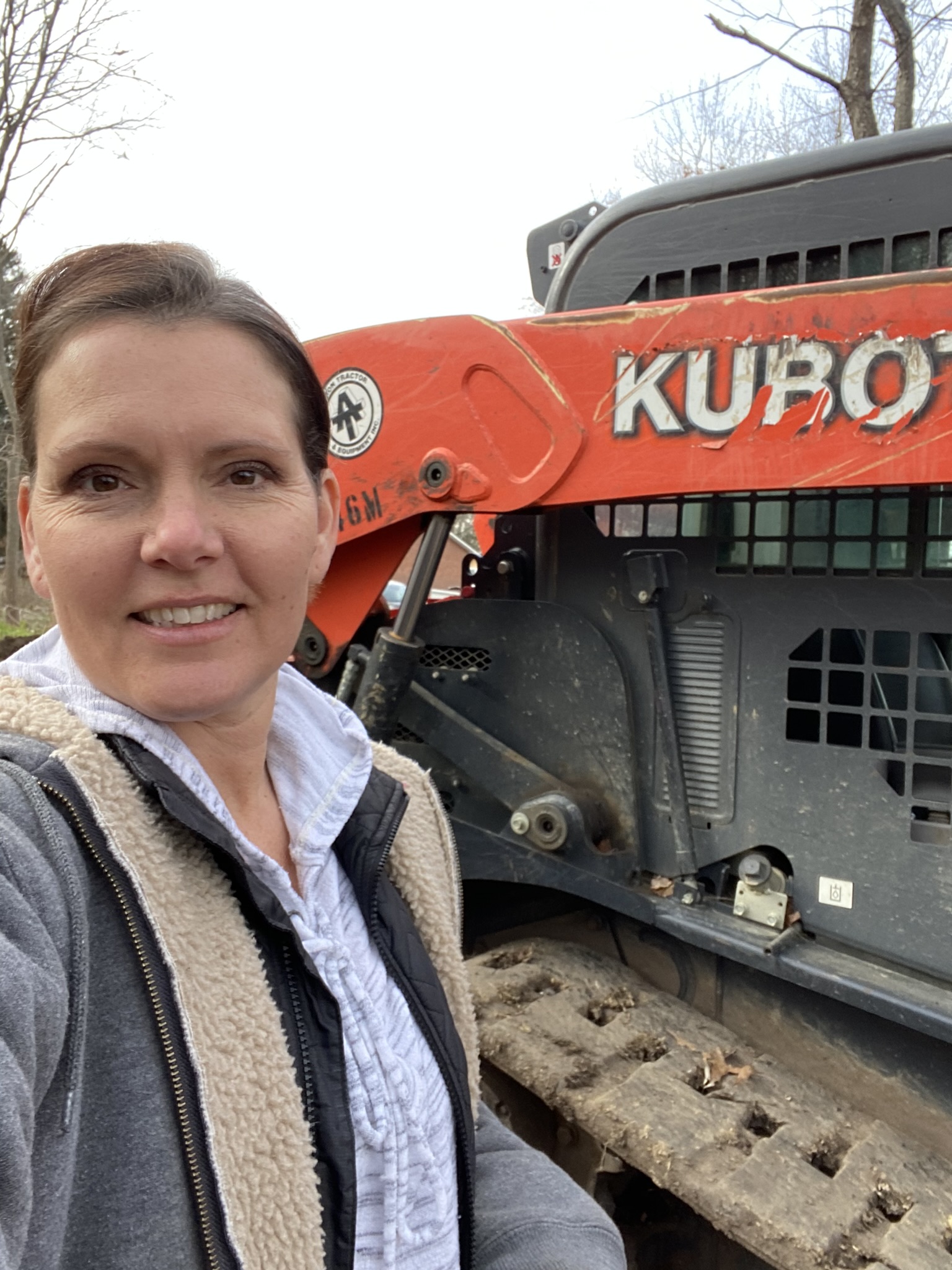 There were two main reasons I put my driveway in myself. 1) cost and 2) reusing material from my site. For the whole story, you can watch this video.

The two estimates I got were for $10,000 and $18,000 for this 350′ driveway. The $18,000 estimate also included a 50′ turnaround space that I didn’t end up putting in. I knew I could rent a skid steer for about $1000 per week and do the work myself. Not everyone is confident enough to rent machinery like this, and I understand that. I was. I rented one for the first time last fall and drove it around moving trees and such, used a grapple bucket for the first time (hell, I used a skid steer for the first time)! The cost of the 1’s and 2’s limestone that created the ‘construction drive’ was about $2,200 and the rental + fuel was $1,500 so total was $3,700 I ended up saving about $6,300 from the cheapest estimate, and over $14,300 from the most expensive estimate. 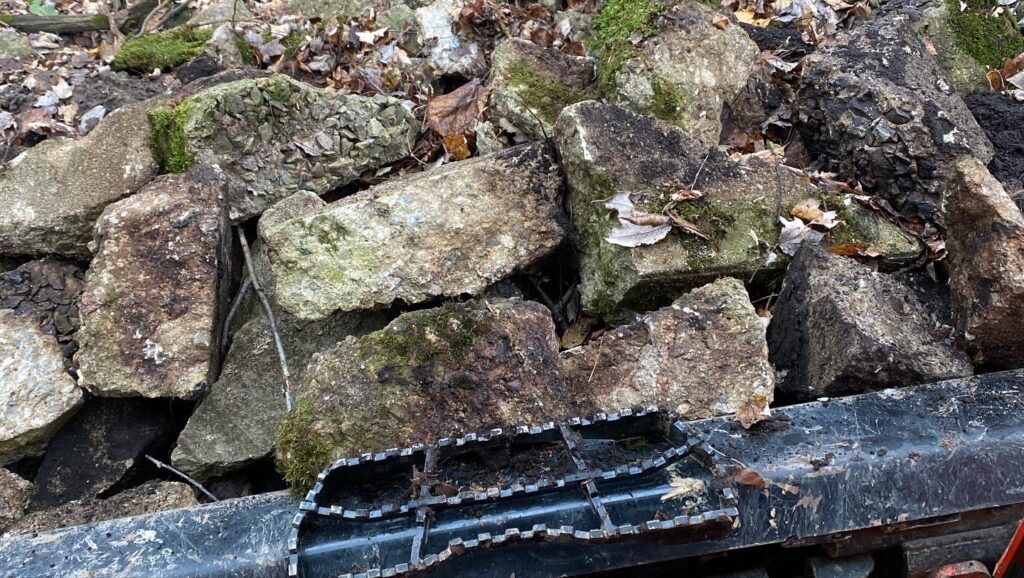 No excavator I spoke with would do this for me. I have a in-town property that has been used illegally as construction dump for many years. I had numerous piles on my property with buried concrete and buried brick. I could have paid to have it all hauled away and then resold to me… but that’s just crazy. Many driveway base’s are made with recycled concrete, and I had a crap-ton (yes that’s an official tonnage amount, LOL) of it already on my site that just needed to be moved to my driveway. So I spent the better part of a week doing just that. 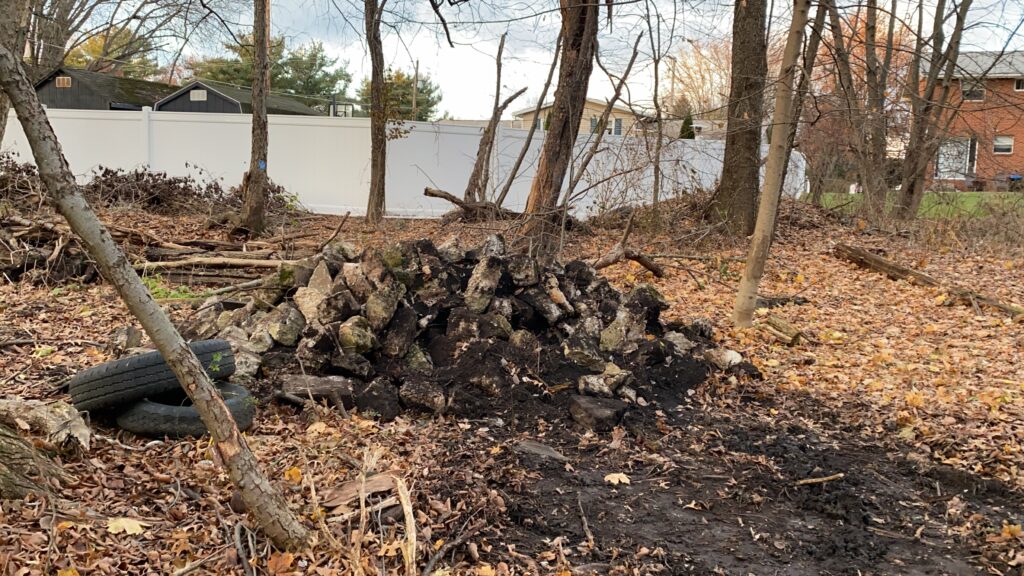 I am not afraid of hard work, I actually really like it. I ended up having a freezing muddy skid steer one day (Ohio weather swung from 26 degrees mid-week to 60 degrees on the weekend), I had to hand load some of the concrete and brick so I didn’t get too much dirt. That’s not for everyone, but it works for me. When my kids were with me, I only was on-site until about 3:00 PM, and attended basketball games in the evenings and drove my teens to/from practice and activities… my life is still very busy, don’t get me wrong. However, I am determined to be self-sufficient, and semi-off grid by September of 2022 and I will be. 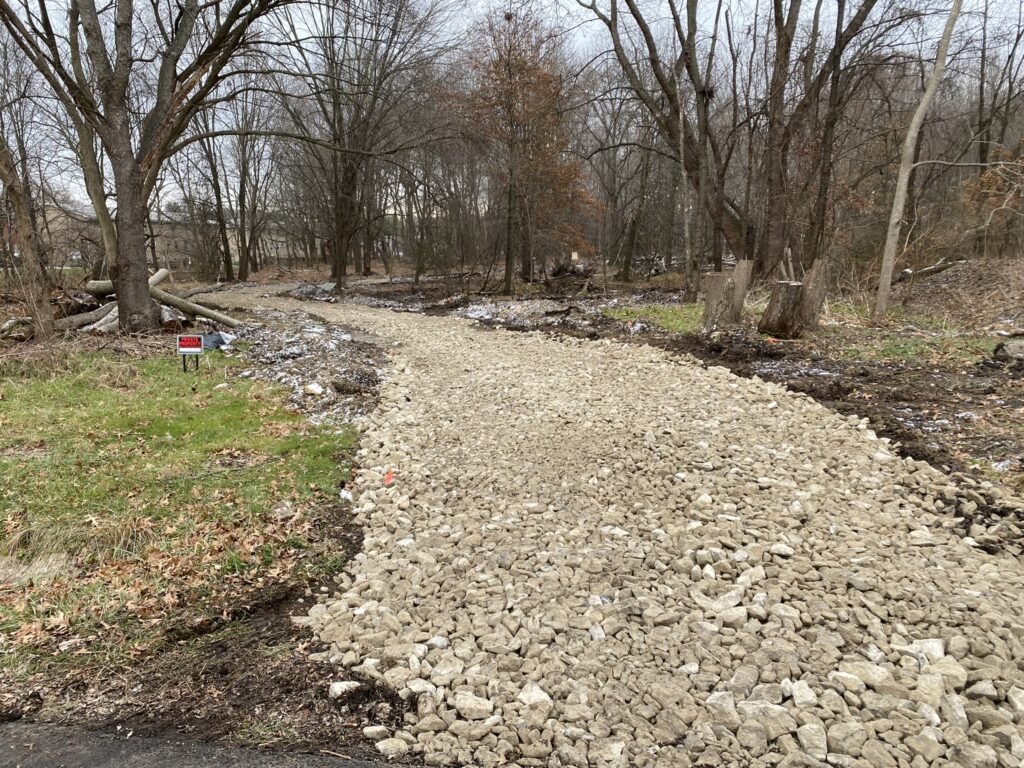 I am getting permits from the Zoning Department so I can move forward on my farm construction. The barn doesn’t require a permit as it is exempt from the building code, so that’s the path of least resistance… as I like to say. I’ll get my barn built, with solar and rain water harvesting (it’ll function off grid), then move into my friend Grayce’s house on the corner of the property this spring -you might be able to see her house straight ahead in the picture above. That will allow me financially to move forward with the house construction. All in good time, one step in front of the next.